We are fortunate in employing a talented and committed staff team at the school. The names and roles of key staff members can be found on our contact page. Below, you will find brief biographies of our Senior Leadership Team.

After time as a teacher of Business and Economics, Mr Sutherland held the roles of Deputy Head of House, Head of Faculty, Assistant Head and Deputy Headteacher at Queens’ school, Bushey before joining St Clement Danes as Deputy Headteacher in September 2017. From January 2018, he takes on the role of Headteacher with responsibility for the day to day leadership of the school.

Mr Harris joined St Clement Danes School in September 2019 as Assistant Headteacher. He is an associate member of the Chartered Institute of Personnel and Development having undertaken professional accreditation within the field of Learning and Development. He line-manages Design, Humanities and Duke of Edinburgh and is Lead Professional for Student Progress, Personalised learning and Intervention as well as Character Education. From September 2021, he takes the role of Deputy Headteacher with responsibility for the pastoral life of the school. He is the Designated Senior Lead for Child Protection, he also oversees the provision for SEND students.

Mrs Jones joined St Clement Danes in September 2014 as Assistant Headteacher. She has had responsibility for Assessment, Pupil Premium, Personalised Learning and Teachers' Appraisal and Initial Teacher Training. From September 2018, she takes on the role of Deputy Headteacher with responsibility for Curriculum. She also line-manages English and Maths as well as chairing Head of Faculty meetings.

Ms Doyle joined St Clement Danes School in September 2019 as Assistant Headteacher. She is Lead Professional for Research, Continuing Professional Development and Learning, as well as having responsibility for Appraisal. Previously, she has held various roles in Rickmansworth School and Nower Hill High School, including Associate Assistant Headteacher, Head of the English and Film Faculty, and Literacy Lead.

Mr Garvey joined St Clement Danes as a teacher of history in September 1999, before becoming Subject Leader in 2002 and then subsequently Director of Sixth Form Studies in April 2008. From September 2016, he takes on the role of Lead Professional for Teaching and Learning, Standards and Continuing Professional Development, developing middle leaders as a facilitator for the NPQML programme. He line-manages social sciences, creative and expressive arts and PE. 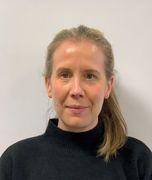 Mrs Beavis joined St Clement Danes School in January 2022 as Assistant Headteacher. She is Lead Professional for Student Progress, Personalised Learning and Intervention as well as having responsibility for staff workload reduction and well-being. She line manages SEND, Design and Humanities. Previously she has held various roles at Queen Elizabeth's Girls' School, Barnet including Head of Humanities Faculty and Head of Geography.